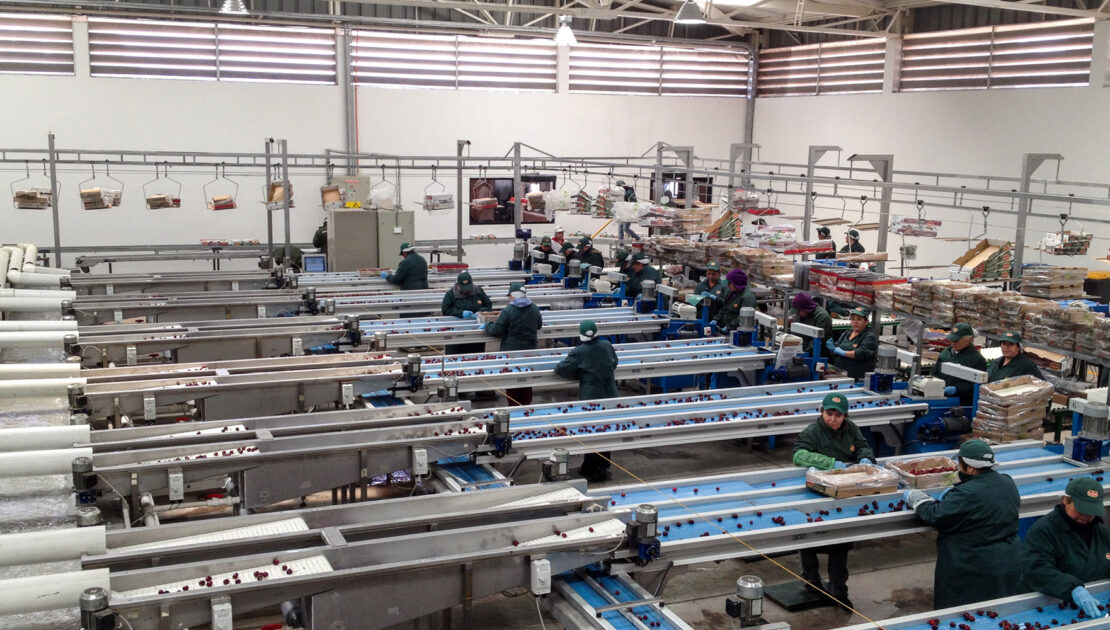 It’s been a journey. And like most worthwhile adventures, there are trials and tribulations along the way. When you’re developing a hyper-intelligent automated solution for the high-speed sorting of an immensely variable, natural product like fruit, you know you’re going to come up against some challenges and as such, it remains ever-important to remain open-minded and humble in the development process.

Nothing tests a product, process or system like the real world.

“If You’re Not Embarrassed By The First Version Of Your Product, You’ve Launched Too Late” – Reid Hoffman, the founder of LinkedIn

In just a few short years, we’ve designed, developed and implemented a complete hardware and software solution for effectively sorting fruit into various classes. And that’s no mean feat. Previously using a 3rd party solution provider, the choice to bring development in-house has resulted in constant and consistent progress.
All the bench testing in the world, won’t prevent the real world from throwing curve balls and we’re beyond grateful to the customers who’ve embraced the development process with us. You’ve ridden the storm with us, to arrive at better outcomes and we’re grateful.

The focus was always on performance and usability.

There is an old adage in business that says, there are two ways to be successful in business… do it first, or do it better.
So that’s exactly what we’ve done.

Vision systems for fruit sorting are not a new idea. It was initially launched back in the early 2000s, after many, many years of mechanical grading machinery being used simply to sort by size/weight. An effective grading option for the time but limited to sell price improvement and less effective in labour-cost saving.
Since we started developing gpVision™, we had two very clear goals in mind.
The first was the intent to create the most usable product on the market. Fruit growers would prefer to focus on growing quality fruit, rather than operating machinery, and whilst it’s important to know how to use the tools are your disposal, it should be a smooth path from learning, to achieving great results.
Then there’s performance to consider. As consumer demand grows for small fruits, we recognised the need for our machinery and technology to step up a notch when it comes to productivity and accuracy. With intelligently written algorithms, the use of AI smarts and an interface that allows users to adjust easily as conditions change, we’re able to achieve optimal results that shine bright against other players in the market.

More digital technology than ever before…

We know that mechanicals are the foundation but digital is the future.

No less than 3 and up to 9 high-resolution cameras, per lane.

Capturing between 21 and 90 images, gpVision™ has the whole fruit exterior considered. Our MultiView Camera System incorporates the extra cameras installed at a specific angle to ensure, that in the case of cherries, for example, that both the nose and stem areas have coverage.

Light has a frequency, and we modify that with filters to be able to target specific features of the fruit. This is serious physics, that defines the clarity of the results.

A robust software focused on reliability and usability.

We mentioned it earlier but can’t state it strongly enough, we have a dedicated team of highly experienced software engineers with a background in agriculture and fresh produce developing a real-world solution for improving pack-house operations.

Clever electronics, designed to keep up with the most demanding environments.

Sheds can be dusty and often wet and this would generally be considered less than desirable for electronic components. But thanks to clever designs, well-ventilated cabinets and a serviceable architecture, our electronics very rarely fail.

With more and more packing sheds coming online, we’re making remote support more accessible and powerful than ever before. We can literally dial in and fix/adjust things on the fly, minimising downtime and improving your grading results. Furthermore, we can connect gpVision™ with Exit Manager, our complete centralised management system that incorporates weigher management, data tracking and reporting plus traceability, for a fully transparent packing facility.

The future of small fruit sorting.

The opportunity to charge a premium on the A-Grade product, whilst also being able to more effectively sell seconds fruit (because it’s more consistent) means quite simply, more profit on the bottom line. It’s been done this way for cherries for years now and with this power becoming more available, we foresee this becoming the case for many more small fruit categories.