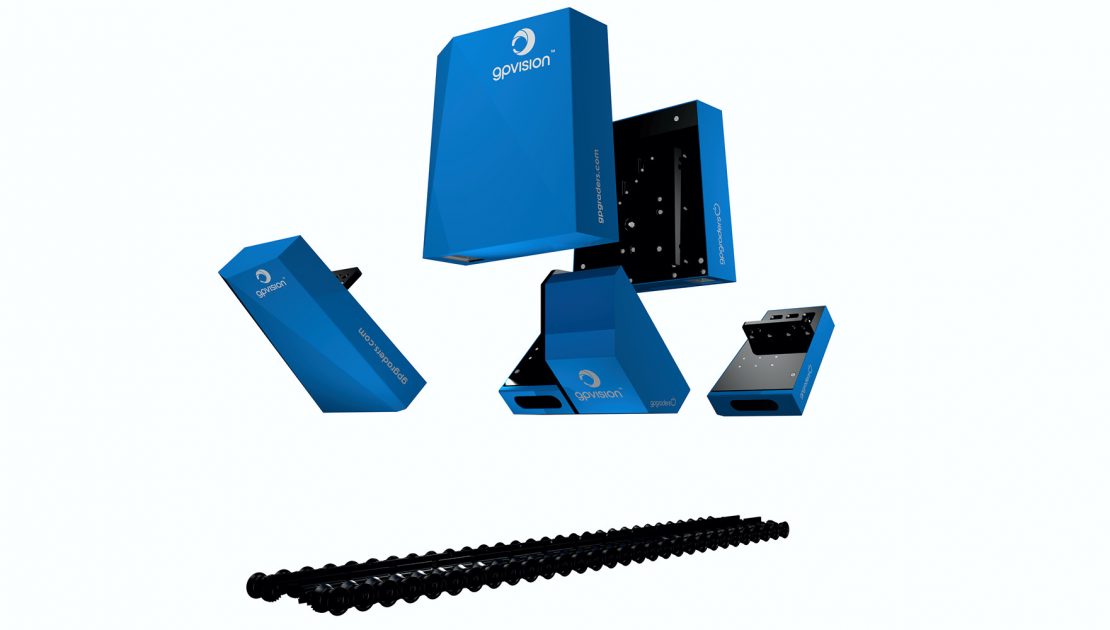 The most significant limitation with optical grading of fruit is actually a physical one. How do you ‘see’ every part of the surface of the fruit all of the time. Certainly, we use mechanical operations to rotate the cherry as it passes under the cameras but there is still room for error in this process, with the notoriously difficult stem bowl and nose areas presenting a major challenge. After countless hours of development, design and testing, earlier this year we successfully rolled out our new MultiView™ camera system, as a part of gpVision™, bringing the entire fruit surface into the picture.

Adding another 6 cameras to the equation, the MultiView™ camera system now captures 100% of the fruit surface area, allowing for significantly improved defect detection. Initially piloted on a 4 Lane AirJet® Snack Tomato grader in central QLD, the initial results were impressive, right out of the gate. With a staggering 72 images captured of each individual piece of fruit, the gpVision™ system on the tried and tested AirJet® grader is identifying a large amount of the defects and ejecting the bad fruit at the beginning of the grading line before it even reaches any degree of manual sorting. Add all this to the already near-perfect colour and size grading and it doesn’t take long to see how the labour cost reduction quickly offsets against the investment made.

A recent installation of a MultiView™ camera system on an AirJet Cherry Grader in Greece, was described at revolutionary for their business. Amazed by the sorting accuracy and processing speed of the machine, within only a couple of weeks, they had their 4 lane machine pumping through 2.5 ton per hour.

With the exceptional results from gpVision™ thus far, and development well underway for MultiView systems to work with a range of stone fruits, the future of defect detection and superior grading technology is being led by GP Graders.

A compelling case for Electronic Vi...

In a time when labour is not only expensive but also in short supply, a business plan or strategy that’s...

GP Graders has moved its US operations to Goldendale, WA. Below are some helpful contact details: US Office Nu...

Our next guest in the monthly mini interview is Stuart Payne from GP Graders. We’ve talked about cherry ...

Remarkable growth in exports from C...

We spoke to Dave at Yanchep Springs recently about how their new AirJet® Blueberry Grader is running. Suffice ...

Copyright © 2022 GP Graders
We use cookies to improve your browsing experience. By your continued use of this site you accept such use.
Ok, I agree Privacy Policy