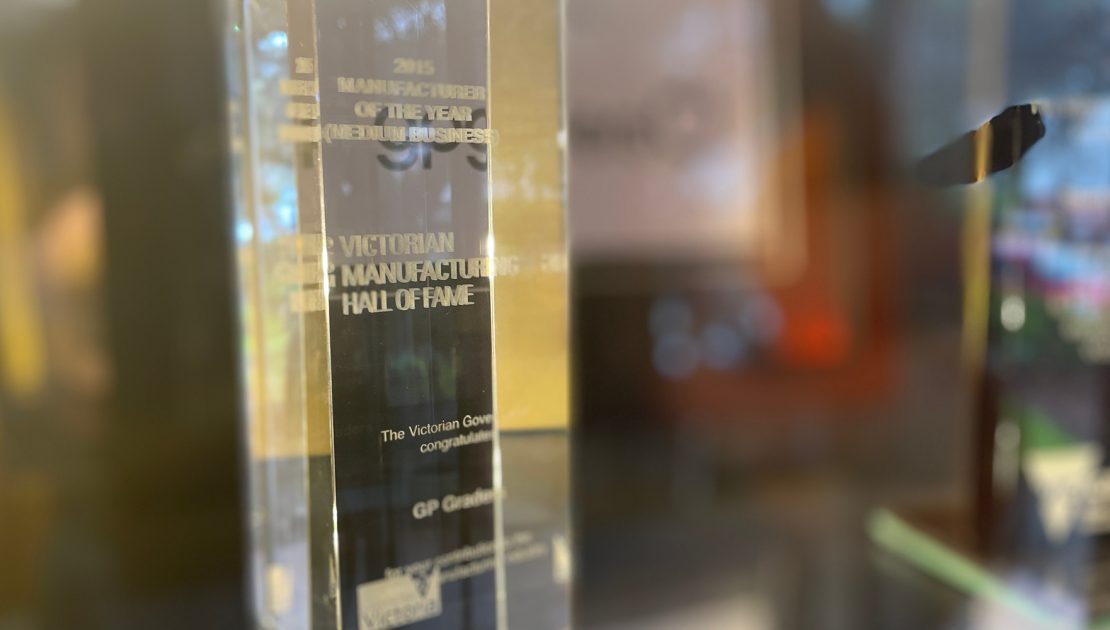 “It was a great honour just to be nominated for this award,” GP Graders Managing Director Stuart Payne said. “To actually win is testament to the achievements of all GP Graders staff. We were up against some very tough competition.”

GP Graders has made significant contribution to the Victorian manufacturing sector, adding skilled jobs to the local economy, whilst having a positive impact on the State’s reputation in the fields of innovation, research and development.

Stuart believes this success is due to the company’s adoption of a ‘world view’ approach.

“The impact of mentoring and developing employees to adopt a world view of GP Graders’ position in the industry, the competition we face, and the innovation required to be world leaders on a global stage really positions the business as a truly successful manufacturing story,” Payne said.

Whilst honoured by the award, Stuart will not be resting on his laurels, with plans in place to open an assembly and manufacturing facility in Chile this year, following successful integration into the US in 2013. However, the award is acknowledgement of the exceptional role local manufacturers play within the export market.