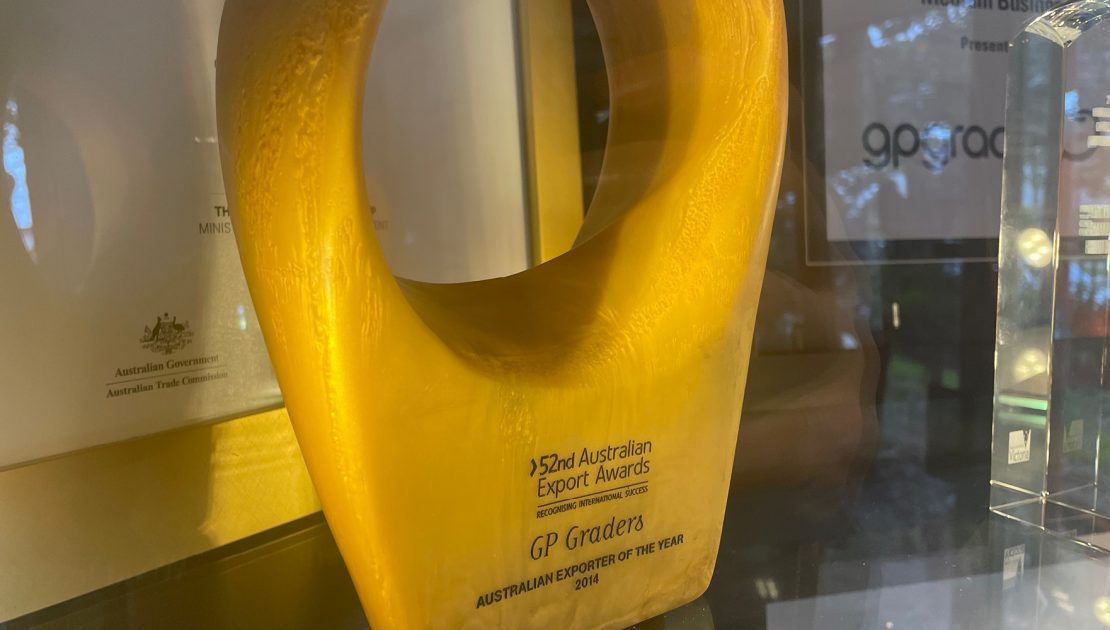 Meet Australia’s Exporter of the Year

At the turn of the century the Payne family was among the first settlers in the Glen Waverley district, south east of Melbourne.

For decades orchard farmers relied on manual labour to sort and package their produce.

But Geoff Payne had other ideas.

In 1963, Geoff who was then in his early 20s, began building machinery to assist growers in the district – and GP Graders was born.

The company has since grown to become Australia’s leading supplier of fresh produce grading machinery and the world’s leading manufacturer of cherry sorting and packing machinery.

It is now also well-established in the global shellfish industry with its technology revolutionising packing operations.

Geoff’s two sons Stuart and Ian took over the company reins in 2005 and have steered the company from strength to strength.

GP Graders now services 16 countries worldwide. Its major markets include the US, Canada, Chile, Italy, Turkey, Greece and the UK.

“To win Australian Exporter of the Year is certainly a great honour,” says Stuart.

Speaking at the awards ceremony Mr Robb said: “Exporter of the year, GP Graders – from my home-state of Victoria – should be especially proud of the innovation and imagination they’ve demonstrated, in order to capture international attention for their machinery products.”

On accepting the award, Stuart Payne said it was testimony to the hard work the GP Graders team had put into product innovation and customer service.

“But to win Australian Exporter of the Year was a huge surprise‚ it’s just wonderful,” said Stuart.

“I looked over at my father when the company’s name was announced and his jaw dropped‚ it almost knocked him off his chair.”

GP Graders began its foray into overseas markets in 1996 after a chance meeting with an Italian fruit packer who was visiting Australia.

“He was astounded at the sophistication of the equipment which was not being offered anywhere in Europe at that time,” recalls Stuart.

“He had armed guards at the gates of his orchard so his competitors would not discover his secret.”

Eventually, the word spread and GP Graders was soon supplying machinery to orchards throughout Italy.

All the equipment is now designed and manufactured at the company’s two factories at Mount Waverley, about 16km from Melbourne CBD.

The company employs more than 60 people worldwide, with plans to employ an additional 20 staff in Chile this year.

“We have a focus on turn-key solutions and provide a complete range of sorting and grading machinery,” says Stuart.

Innovation is the prime reason for the company’s huge success, he says.

“We have a very close allegiance with our customer base and constantly seek feedback from them to gauge latest trends and requirements.”

The company’s technology is constantly evolving, with about $4 million invested in R&D each year.

Though the capital outlay can be substantial (a grading machine sells for between $1.5-$2 million), it significantly reduces operating costs, resulting in a rapid return on investment.

These sophisticated grading machines have a unique camera system capable of processing 36,000 images per second.

Each machine boasts three cameras and when grading cherries for example, each camera takes 10 images as the fruit rotates – or 30 images per cherry.

It then sorts them into categories based on colour, size and quality.

And shellfish cleaning and sorting has become a rapidly expanding market for the company.

So what does the future hold for GP Graders?

“We are expecting another very good year,” says Stuart with confidence.

“The falling (Australian) dollar will obviously help, as all exporters have been through a pretty rough patch.

“But any manufacturer who survived the high dollar will now be in great shape.”

GP Graders hopes to further expand its lucrative market in the US and Chile, while exploring other niche markets.

The company also hopes to further develop its shellfish grading and packing technologies to cater for the lucrative global oyster and abalone market.

Stuart spends much of the year travelling to Europe, the US and South America.

“It’s hard because I have a young family,” he admits. “But I’m very fortunate to have an understanding wife.

“My wife said that winning the award was an acknowledgement that all of the travel has been worthwhile.”