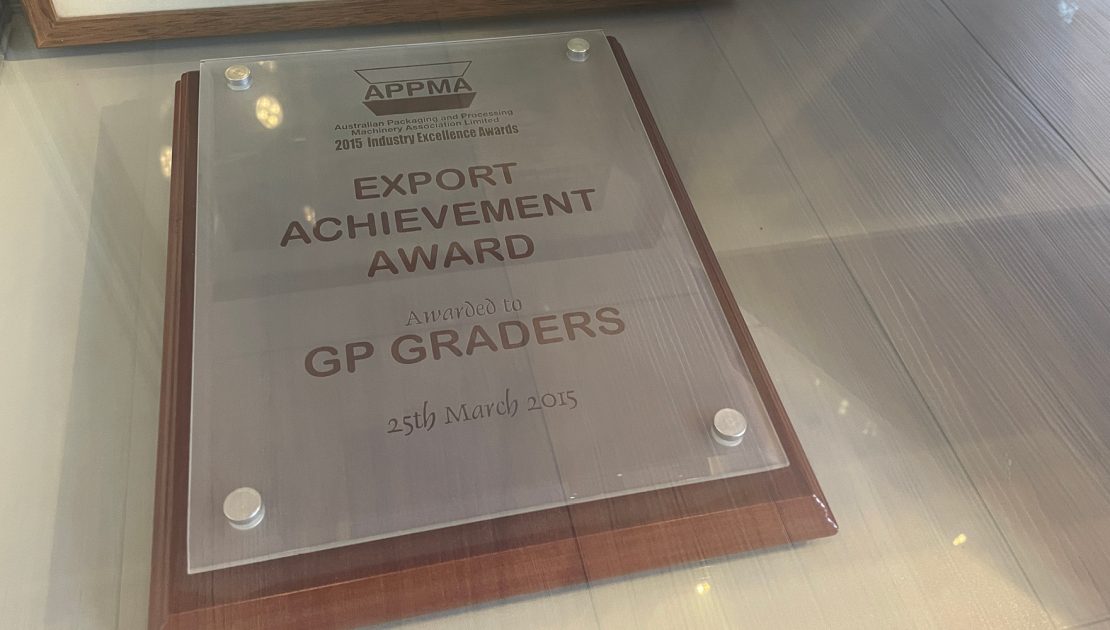 GP Graders Managing Director, Stuart Payne, acknowledged his team in accepting the award for their continued focus on innovation and setting the industry standard for others to follow.

“I am delighted GP Graders has been recognised for its commitment to international export markets,” Mr. Payne said.

“Our team has been unapologetic in its approach to pushing what may seem to others a fairly traditional industry to use revolutionary technology and machinery that delivers what was once a manual task.”

The impact that the AirJet® Cherry Defect Grader has made in the US, Europe and South America was the key reason GP Graders won the award.

Adoption of the AirJet® technology has seen GP Graders’ customers experience revenue increases of up to 25% and cost reductions of up to 35% per year – unheard of in the fruit-sorting industry.

The award caps off an outstanding six months for GP Graders.

In December GP Graders was named 2014 Australian Exporter of the Year, and also received the 2014 Governor of Victoria Export Award for Manufacturing in October.

“This award further cements our position in the designated GP Graders markets and most importantly the role our technology plays in transforming the industry,” Mr. Payne said.

“GP Graders has extensively invested in research and development, more so than what many in the industry have been willing to commit.

“We are committed to further research and development and ensuring any future technologies continually deliver value to our customers.”